How to improve car performance

How to improve car performance 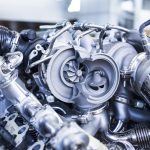 Chip tuning is one of the most frequently used, and most accessible, simple workshop methods for increasing engine power. In a chip tuned engine, the electronics force equipment to run more efficiently. The turbine pushes additional air into the combustion chambers, the injection system injects a similarly large amount of fuel, increasing the performance. Nevertheless, there is not a universal answer regarding the amount of horsepower that can be added to the engine – this depends on the unit itself as well as it’s type. The reserves that reside in the equipment make a big impact on the effectiveness of chip tuning: i.e. if, at factory settings, the turbocharger reaches a maximum of 60 percent of its maximum efficiency, it is obvious that it can be “boosted”. If, at normal engine settings, the turbocharger reaches its limits, it can really just be made to work more efficiently within the engine speed ranges where there are [...]